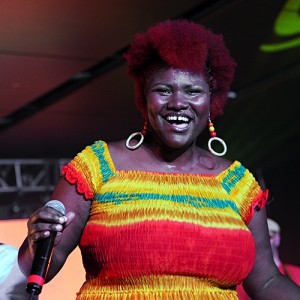 The Atlanta based- group Arrested Development, won two Grammy Awards in 1993 for Best New Artist and Best Rap Performance by a Duo or Group, and was also named Band of the Year by Rolling Stone magazine. In January 2010, they released a new single “The World is Changing”, which was #9 on Japan Pop.

I sat down with Eshe & Tasha before their performance at the Essence Music Festival in New Orleans on July 2, 2010 to discuss their musical journey over the years.

Eshe: We’ve been together for 15 years. We took a small break at one point and got back together in 1998-1999. When we got back into the studio it just happened organically.

Amy: When Speech formed your group, it was as an alternative to gangsta rap. Music has changed a lot in the past 15 years. How do you feel about the current state of hip-hop and rap today?

Eshe: Well, in the beginning we just wanted to do good music that the family could listen to and was positive for the community and the world. It was just natural for us. We didn’t start out with an agenda. Today, I think there are a lot of good artists out there, but there isn’t balance in music. I have a daughter who is seven and I try to expose her to a broad view of music. There are a lot of great groups out there that are under the radar.

Amy: What up-and-coming bands do you enjoying listening to or what is your current favorite?

Eshe: Great question! There are a lot of groups out that are under the radar.

Amy: I know you talked on CNN today, and I’m trying to be better than Anderson Cooper.

Eshe: I like Janelle. She’s been on the Atlanta scene for some time now, but hasn’t had her big break. I like Janell!

Amy: You guys tour all over the word. What’s your favorite place?

Tasha: Australia! I love that place.

Eshe: We are going to be there in December to bring in the New Year over there. It’s so beautiful there.

Tasha: I love Australians. I could live there forever.

Eshe: I also love Japan, but I’m so glad I’m going to Australia in their summer and our winter. It’s going to be great.

Amy: What’s been your most fulfilling career moment?

Eshe: Wow. [Long pause] I think for me it’s when we do shows and people come up to me and say “Don’t change” and “You inspire me.” and “I love the way you look because you inspire me.” I think it’s great when you can connect with people. I see babies at our shows all the way up to elders. 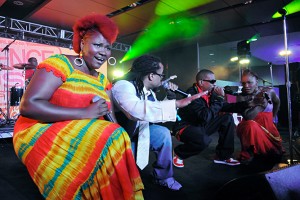 Amy: Do you have any charities that you work with personally?

Eshe: I’ve taught dance at a number of locations. As a group, we have worked with UNICEF and homeless organizations across the country along with Feed the Hungry in Atlanta.

Tasha: Mama’s Always On Stage. I’m not the best dancer in the world, but when you put that song on it makes you want to dance. You can dance as crazy as you want to and it doesn’t matter. When you see people come to the show, it gives them the freedom to dance any way they want.

Eshe: For me, I don’t really have a favorite because there are so many I like. I like Fishing For Religion, Mama’s, We Ran, and Bloody.

Amy: I liked The World Is Changing. Is there a story behind that one?

Eshe: Have you seen the video? You’ve got to go out on youtube and see the video. In the video, we go through different eras. The 50’s, 80’s and the 90’s and show how the world is changing. Like rotary phones to cellular phones.

Tasha: Everything, even the style of dress.

Eshe: It’s simplistic, but shows the world is forever changing.

Tasha: It’s impossible to keep up with everything changing.

Eshe: It reminds you to appreciate the moment.

Amy: What do you wish you knew 15 years ago that you know now?

Eshe: I wish I were more knowledgeable about the business aspect of the music business. At the time, I just wanted to sing. It’s 98% business, and the rest is the artistic part of it. I have balance now. At the end of the day, I understand the business, but I still like to perform.

Tasha: For me, it’s things in life. I wish that I would have known that things weren’t as easy as my mother created them to be when I was a kid. Parents shield you as a kid, but then when you get to high school and college you don’t know how to handle a situation. I wish I had been exposed to a little bit more so I would know how to make the right decisions and why it’s the right decision to make as an adult without looking for someone to give guidance. 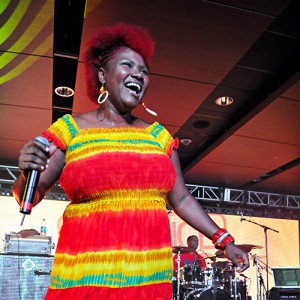 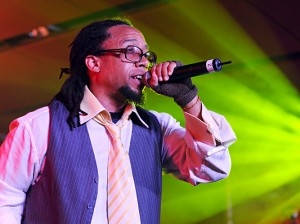 Check out the entire photo gallery of Day 1 at the Essence Festival on CityBeat.com