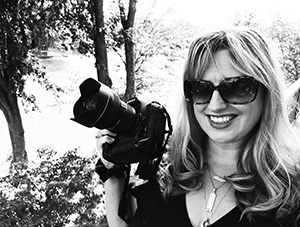 Amy Harris is a photographer, engineer and writer who resides in Cincinnati, OH. Amy grew up in Tennessee and was heavily influenced by the sounds of Nashville while growing up near the Music City.

She has been a photographer for over a decade starting with travel photography to far reaching places across the globe. Amy’s travels have taken her over 1.5 million miles to 40 countries on six continents. A serendipitous meeting on the streets of Tokyo led Amy to photograph her first band at Tokyo’s Billboard Live in 2008. After that first show she was hooked on live music photography and has covered music festivals all over the US and shot the biggest names in music for the last six years.

Get in touch to discuss your photography needs and request a proposal by email amy@thefirst3songs.com or call 931-261-4575