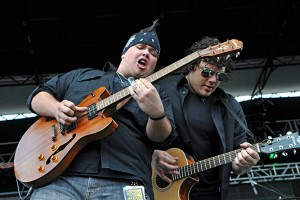 I caught the bandâ€™s set at ROTR and I thought it was one of the standout performances of the weekend. The crowd was packed at the Kicker Stage to see them and sang along to all their hits. This is a band with a long runway ahead of them.

I interviewed the newest member of the band Ryan backstage after their set.Â

Amy: I am with Ryan, the guitar player and newest member of Shamanâ€™s Harvest.

Ryan: Thatâ€™s right I am pretty new to the band. I just get told when to get in the van.

Amy: Is there any new guy hazing?

Amy: What is your craziest tour story?

Ryan: A recent one, we were just in North Carolina and the Jagermeister was flowing freely. Apparently there are alligators in NC. Behind the bar we were playing, there is allegedly an alligator in a stream so with a little liquid courage, our lead singer decided to take a swim. He didnâ€™t get bit and he made it out alive. Everything ended up ok, but it was crazy. The guys from Adelitas swore they saw it during the day.

Amy: Back to the hazing, what is the worst thing they have done to you in the van?

Ryan: The van is a nasty place. I havenâ€™t got hazed too much. I never get to drive. I like to drink and we all like to drink, so we get along fine.

Amy: How did you meet them?

Ryan: In our hometown in Jefferson City. It is a pretty small town. I grew up playing the bass and blues. I made a pretty good name for myself. When I was 8 years old, they were just starting Shamanâ€™s Harvest and I knew Josh through a friend. I didnâ€™t even play guitar when they started. When they had a guitar opening they called me and I auditioned and made it in the band. I am loving it. It is kind of like â€śRockstarâ€ť the movie. 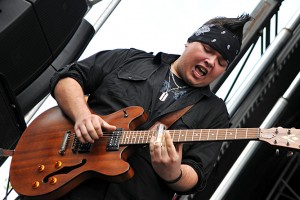 Amy: If you werenâ€™t a rock star what would you be doing?

Ryan: I worked from a cabinet shop for awhile and liked it. I would probably still be making cabinets for minimum wage.

Amy: How has your life changed since you joined the band?

Ryan: Less money and being gone constantly. I have always been a homebody so now I am all over the country. It has been weird but fun.

Ryan: Yes more girls, less money. Being gone constantly, I am from one of those people who misses their family.

Amy: When you are out on the road, what do you miss the most about home?

Ryan: My family. I miss my family a lot because we are gone all the time. We are very close and every time I talk to my family we tell each other we love each other and the guys give me crap about it all the time. 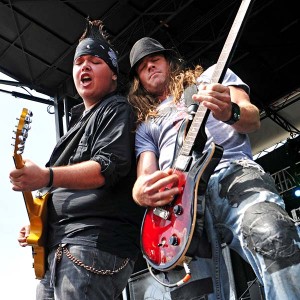 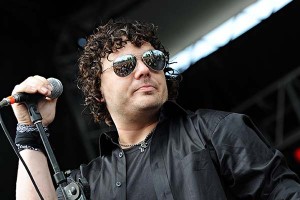 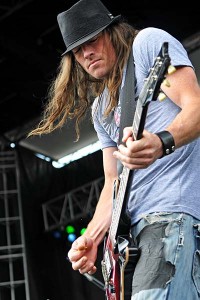