I sat down with Sean Patrick McGraw at the Country Throwdown concert with Troy Gentry doing an acoustic set in the background. He joined the tour today with the Bluebird Cafe songwriter’s tent. Sean Patrick McGraw (no relaton to Tim in case you’re wondering) is a former Nashville Star semi-finalist who leads a prominent road warrior touring act.

Amy: I’ve been listening to your music. My favorite song is “Southern in Your Soul”. Can you tell me the backstory?

Sean: I have toured and played all over the world from Bulgaria to all across the US and you can just play the first 3 chords of Lynyrd Skynyrd’s Sweet Home Alabama and there is always someone in the back saying turn it up. It always gets the crowd rowdy. I told a friend one day that it doesn’t matter where you are on God’s green earth when you hear that song you become a redneck. My song just developed from there.

Amy: Who was your biggest influence in music?

Sean: In country music, Dwight Yokam was my biggest influence and why I came into country. He was my gateway drug into country music. I grew up with my Mom listening to Willie, Kenny Rogers and Patsy Cline. I thought it was old people’s music until Dwight came along. I just started researching and got into Buck Owens, Johnny Cash and Hank Senior. My music doesn’t necessarily sound like them because I have a rock-n-roll background as welll, but they were all influences.

Amy: When I was listening to your music, I had heard you had Dwight Yokam influence but I didn’t hear it in the music.

Sean: That is good because I am really trying to come into my own sound.

Sean: Steven Tyler- Is he out of rehab yet? Or someone like George Jones or Willie. I would also love to have Emily Lou Harris sing on something with me.

Amy: Who are you most looking forward to seeing tonight?

Amy: You’ve been on tour with Toby Keith and Trace Adkins. What is your funniest tour story?

Sean: Well I got lost in the desert trying to ride motorcycles with Toby. I rode out of Sturgis with him and it was my third day ever on a motorcycle. Toby has been a hard core biker for a long time with his friends and there is no speed limit out in the desert so they left me. I tried to keep up but they lost me in the desert.

Amy: Great initation from the group

Sean: I found my way back and the next day they said they didn’t mean to leave me haha.

Sean: New record and new video coming out that I want everyone to check out. Thanks for everyone’s love and support.

Check him out at: 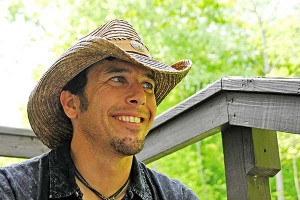 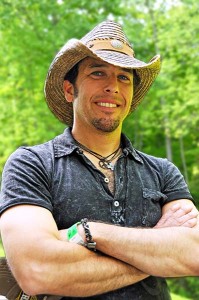