I sat down with singer songwriter duo, Sarah Buxton and Australian-born Jedd Hughes, backstage at Country Throwdown to discuss their journey together and their summer plans as they enjoy their time on tour as part of the Blue Bird Café Singer Songwriter tent on the tour. I was able to catch their set on the main stage and in the Blue Bird Singer Songwriter tent and became an instant fan of this duo. Jedd’s guitar playing and vocals are a perfect compliment to Sarah’s sultry voice.

Amy: One of the things that I am interested in since you guys are a singer songwriter duo is what is your writing process? How do you come up with the songs?

Buxton: We both have our own ways.

Hughes: It’s never the same. Sometimes it is just an idea for a title or an idea for guitar groove and we put it together.

Buxton: It is a lot like cooking. There are millions of ways to make a pizza or spaghetti and a million recipes to get there.

Hughes: Ideas come from anywhere and everywhere like magazines or someone will say something and you think wow we need to use that line.

Amy: Do you write it down immediately.

Buxton: Now we save it in the phone. The phone has taken over.

Heidi Newfield’s take on Buxton Hughes as she walks by: Freakin Talented!! Notice I am dropping the F-bomb about them.

Amy: Who is your dream collaboration?

Buxton: Jedd Hughes. Wait. We are already doing it.

Amy: How did you guys meet and start working together?

Buxton: Jedd was doing a record with my fiance at my fiance’s house and he asked me to come in and sing a harmony on one of his tracks. It was 4 years ago. At that point we both had record deals so we just did shows around town together. After a while we didn’t care if we had deals and the record label went away and now we are totally free.

Amy: Who are you most excited to see play each night?

Both: Jamey Johnson, Jack Ingram, Little Big Town. We have a lot of friends on the tour and just wander around to see our friends play and get to sing with them. It is an awesome summer.

Amy: Have you been affected by the flood in Nashville?

Buxton: Not personally, we had friends who lost everything. We are playing a lot of benefits around town. A lot of disasters are going on right now and people are just going to have to smile on their brother and help one another out.

Both: Just thank you for staying with us. We have waited a long time to get something going and we have had loyal fans all along the way.

After our chat, I talked the duo into posing for some candid portraits backstage. They were hilarious to work with and I can see why their personalities and chemistry work so well together on stage. 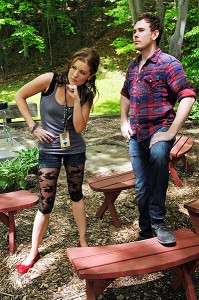 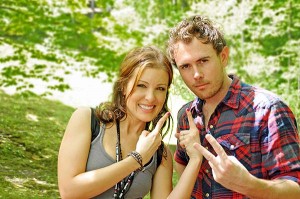 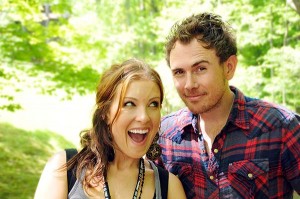 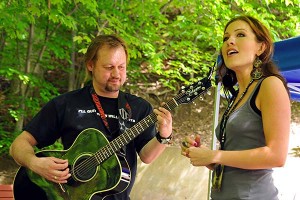 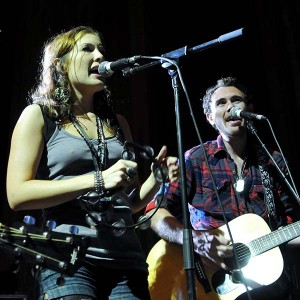