Sunday was a big day for me and the NCAA. I was going to photograph a childhood idol and they were  preparing to crown a new bball champion. I had no words to describe my excitement to shoot LL Cool J. It was a rare opportunity to shoot the rap icon since he has focused on acting the past few years with hot shows like NCIS LA.

There was a strange combination of musical acts for the day with Jake Owen, LL Cool J and the Goo Goo Dolls. The crowd was a lot of country, a little bit hip hop and a tiny bit rock-n-roll.

Jake Owen took the stage and the sun set behind him as he was playing. I was tempted for a moment not to shoot directly into the sun behind him, but tried a few shots. The result was amazing as I exposed for him and let the light fall behind him. He looked like an angel singing. I had not seen Jake perform live, but I thoroughly enjoyed him playing “8 Second Ride” live. His show was great and I will see him again any time he comes nearby. 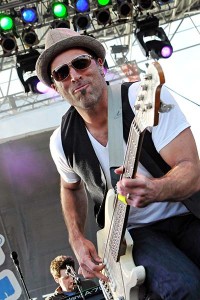 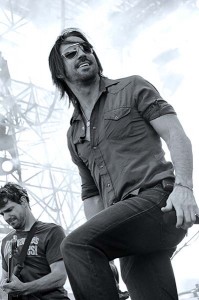 After Jake’s set, I began to prepare myself for LL Cool J. My trusty bartender apologized that my Kettle One and Cranberry was not available because liquor cannot be served on Sundays in Indiana, so all he had for me was white wine or beer today. I opted for the Chardonnay.

LL came out and I went to work shooting him from every angle possible trying not to get distracted as he licked his lips. I am pleased with the results and was happy to hear him play “Goin Back to Cali” even though most of the crowd was not old enough to remember this classic. It is hard to describe the feelings of pure joy that you have when a rockstar looks into your camera lens and sings to you. 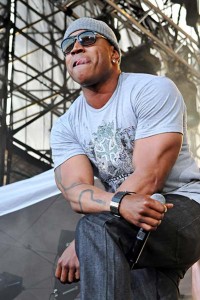 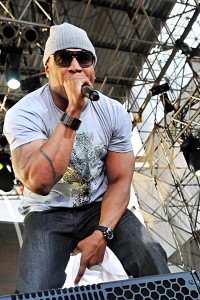 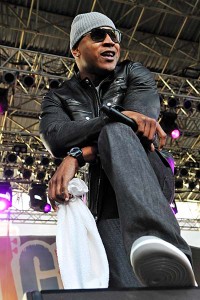 The highlight of my year came after I finished shooting and was pulled on stage to dance with LL. All of my YouTube fears vanished as I danced with “the man.” I did do a YouTube scan later that night to verify that I did not star in an NCAA party video and am happy to report there is no evidence except for this photo of LL looking at me that my friend Shane Glenn snapped for me as I threw all my expensive camera equipment at him before jumping on stage. 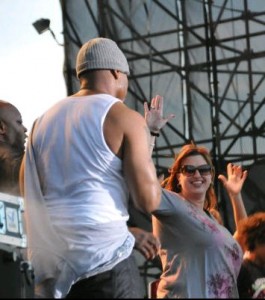 The Sunday photo gallery can be seen on CityBeat.com