I was actually not planning to drive back to Indy on Saturday to see Daughtry or Darius Rucker, but I had such a great time with photo friends on Friday night at the park that I decided to drive over and catch some Hootie. When I arrived, a storm had rolled in and the beautiful Indy weather had turned cold and rainy. I ended up spending most of the morning in the Coke Zero trailer playing Wii games and buying an over-priced rain jacket to stay warm. By the time Darius took the stage, the weather had cleared and it was not so miserable to shoot in the outdoor venue. As a bonus I was able to shoot Ryan Seacrest (the hardest working guy in show business.) I have no idea how he found the time to be Indy with Idol in full swing, his radio show, Top 40 countdown, E! News, and taking care of the Kardashians. I love this photo below because he looks like a small happy robot coming to get me. 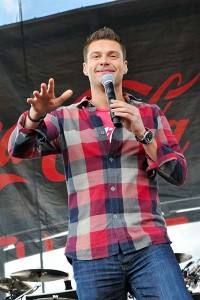 As Darius Rucker prepared to take the stage, I began my silent prayers that he would have his guitar so that I could finally get the photo I have been waiting for. Many of you may remember last year when I was let down as a guitarless Darius played the first 3 songs in Columbus. Some of my most prized college memories are of Hootie & the Blowfish with Darius and his guitar. This time I was not let down. I cannot explain the emotions as I snapped away to capture the moment forever. After I finished shooting, I moved to the VIP area where my favorite bartender was waiting for me with a vodka cranberry (a small reward for my 6 minutes of work) and just enjoyed the show. I had never really found myself attracted to Darius Rucker before, I just loved the memories that he bring back to me, but when he sang Purple Rain I had tingles to my toes. This song always does it for me and it was an unexpected twist from my boy Darius. I have to say that I will look at him a little differently moving forward.

Daughtry took the stage next after an intro from Ryan. I really did not know what to expect because I had never seen him live. There were some sound and technical issues, but overall the performance was ok. He played the hits and the show was being streamed live on CBS before the game and Facebook online. Friends emailed me and told me that they could see me in the pit on TV, which made me laugh. I am hopeful that it was just the back of my head because my goal in life is to always stay off YouTube as I live my alter ego life as a music journalist. 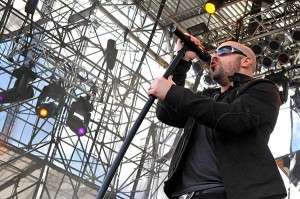 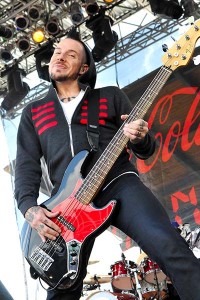 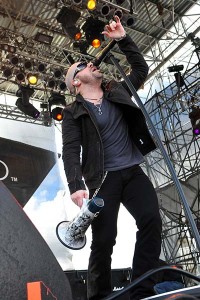 The Saturday Photo Gallery can be seen on CityBeat.com