Snoop Dogg at the Madison Theater

Snoop came into town on Saturday night February 20, 2010 to play at the Madison Theater in Covington, KY. I shot the show for CityBeat and arrived early to get to the front since the theater is standing room only. I was surprised to see a band called the Constellations opening for Snoop. The band was a southern rock band from Atlanta, GA and seemed really out of place at this show. I could see no reason why they would team up with Snoop other than their apparent love for weed as they performed their psychodelic set.

Before the Snoop set, there was a screening of his new self-produced movie Malice N Wonderland, where Snoop plays a gangster superhero called Malice who frees the city of criminals while singing with other superstars like Jamie Foxx, Soulja Boy, and Xhibit. The movie was pretty violent, but was a nice accomplishment considering the limited time and budget for the production.

In true rap star fashion Snoop was late to arrive and the crowd grew a bit restless since they had been standing for over 2 hours at this point. Snoop appeared onstage with his entourage and began singing old school hits like “Gin & Juice” as well has hits from the upcoming album More Malice. This was my first Snoop show after being a fan all through college so it was great to stay and see the show in an intimate setting like the Madison Theater.

I also recently saw Snoop on Larry King Live and was surprised at what a savvy businessman and entreprenuer he had become. Snoop has his hands in businesses like Tom Tom GPS navigation, producing and starring in shows on E! Entertainment, “ScullCrusher” mini-headphones, and wants to open a chain of supermarkets called “Snoopermarkets.” He even interviewed with the Wall Street Journal online and gave advice to young entrepreneurs. He talked about trying to provide something the world is lacking so you don’t have to compete and about how learning from the best business men and musicians had made him more business savvy. He spoke about Magic Johnson being one of his role models for successful business planning.

It made me take a step back and remember some of my favorite Snoop Dogg words of wisdom that include:

“They got money, I like doin business with them.”

“If the ride is more fly, then you must buy”

“If it’s flipping hamburgers as McDonald’s, be the best hamburger flipper in the world. Whatever it is you do, you have to master your craft.”

“Well, hip hop is what makes the world go around.” 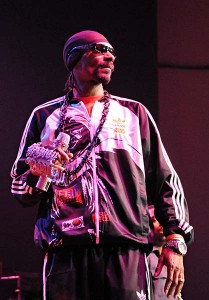 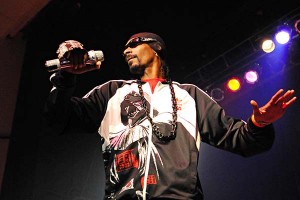 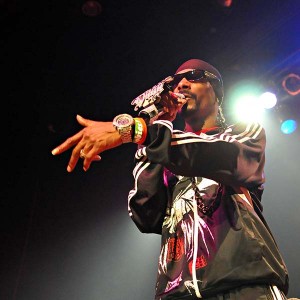