I got approval to shoot Trey Songz at Bogarts just hours before the show on Friday from Atlantic Records. I wanted to take advantage of the opportunity since Trey will be touring with Jay Z this Spring on the next leg of the Blueprint 3 Tour and this may be the last time I could shoot him in a smaller venue.

When I arrived after rushing downtown, I quickly learned that the concert was going to start late. Over 2 hrs late to be exact. I had plenty of time to socialize with the Cincinnati security team that I have become good friends with over the past year who make sure that I don’t get hit from behind and often times safely deliver me to the parking lot when the crowd is crazy.

I was also pleasantly surprised to see that I was the only photographer for the event that had been approved, so I had the whole pit to myself.

When Trey finally did take the stage after some local acts had tried to buy time, the show was good as he sang his hit songs like “Say Aah” off his Ready album. The ladies always go crazy for Trey and I look forward to seeing him again as he hits the road with Jay Z in the Spring. 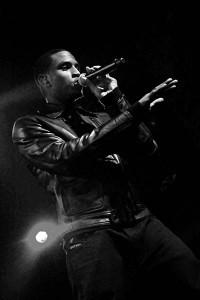 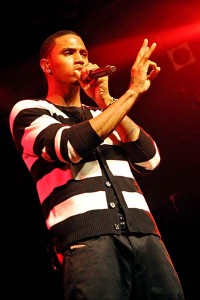 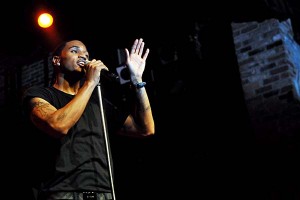 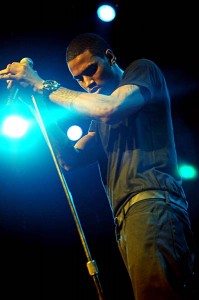