The last time I saw White Zombie was in 1996 in Nashville and it was a very memorable moment in my college career in thr front row of the mosh pit. I will always have a special place in my heart for Rob Zombie so when I heard he was touring and coming to LC Pavillion in Columbus, I immediately made plans to be there.

I found a new band that I found interesting called Captain Clegg & The Night Creatures as they opened for Zombie. They call their style psycho-billy. The band was featured in the Halloween 2 movie and are having a blast touring the country with Rob and crew.

Check them out on myspace…

I thoroughly enjoyed photographing Zombie even though the lighting was terrible and all red. I got some great shots of John 5 posing for me that were great additions to the portfolio. I stayed for the show and rocked out in a crowd that was my age for a change. Can’t believe he has been touring for 20 years. 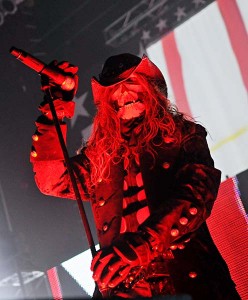 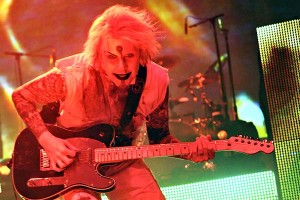 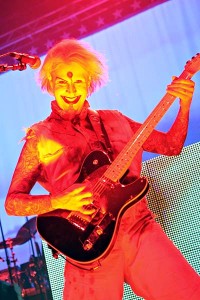