Mastodon played at the LC Pavillion in Columbus on Tuesday night. I decided to shoot the show even though this is not my typical style of music to have some variety because my contact from Warner Brothers Records had asked me to check out a few of the other bands on their label after I shot the MUTEMATH show at Bogarts. The band comprises bassist/vocalist Troy Sanders, guitarist/vocalist Brent Hinds, guitarist/vocalist Bill Kelliher and drummer/vocalist Brann Dailor.

This show ended up being my worst shoot ever. Brent decided at the last minute that he did not want to be photographed so we were all told we had to stand stage right and not point our cameras in his direction at all.  The lead singer actually spit on one of the photographers and as I was shooting, I actually got hit from behind and my head smashed into the stage as a bouncer caught a fan crowd surfng behind me. This is always my biggest fear and at this point I just left the venue after the 3 songs and did not stay to shoot the other bands. 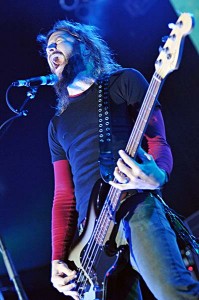 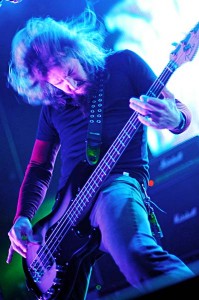 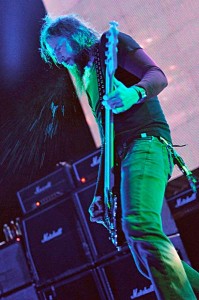