Grammy nominated, MUTEMATH came to Bogarts on September 22, 2009 for the opening night of their tour with As Tall As Lions. The group had some technical issues when all of their equipment would not fit on the stage so the crowd had to wait outside for an extra 45 minutes before the doors opened.

The band had great lighting effects and put on an instrument packed show to promote their new album Armistice.

The New Orleans based group consists of Paul Meany on keyboards & vocals; Darren King on drums, samples, and programming; Greg Hill on guitar; and Roy Mitchell-Cardenas on bass, but they often perform on any mixture or variation of these instruments.

I have to say I was blown away by the show and became a fan for life after seeing  their live performance. 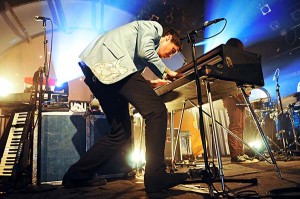 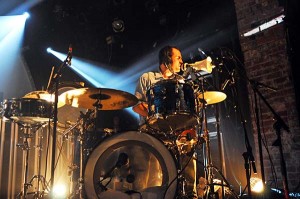