The Lil Wayne road show rolled into Riverbend Music Center on Thursday September 3, 2009 with the America’s Most Wanted Tour. He brought some of the best hip hop music that is on the road today. The tour included: Jeremih, Soulja Boy, Pleasure P & Young Jeezy and Lil Wayne featuring Birdman.

The show was tough because we had to shoot from the sound booth. At Riverbend the crowd is on an angle so at least we were a little elevated over the crowd. I rented a 400 mm lens to help with the shoot and even though the focus was slower, I was able to get some good shots.

Jeremih started the show and got  the crowd in the mood with his hit “Birthday Sex.” 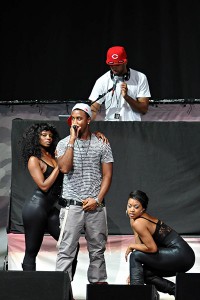 Soulja Boy Tell Em’ sang his hits “Kiss Me Thru the Phone” and “Crank That.” 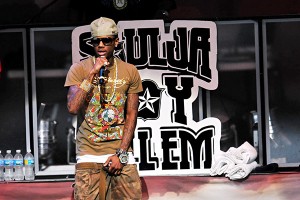 Pleasure P rocked it in red with his backup dancers. 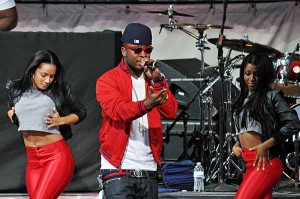 Young Jeezy took the stage by storm and after the photographers finished brought out Snoop Dogg from backstage to rap with him. 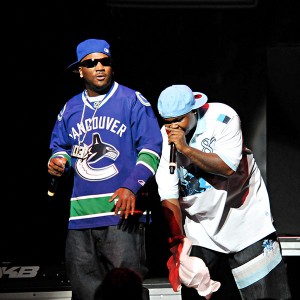 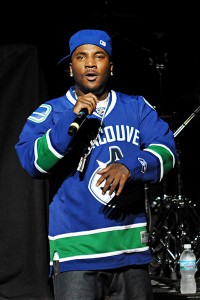 By the time Lil Wayne took the stage, the crowd was warmed up and ready for the best rap concert I had ever seen. The show was electric with the whole crowd singing along with songs like “Lolipop” and “Mr. Carter.”  By the end of the show, I was ready to put on my colored RayBans and look forward to the release of his new album Rebirth. 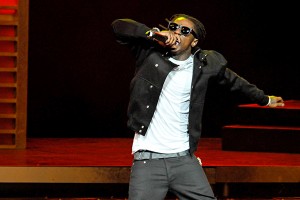 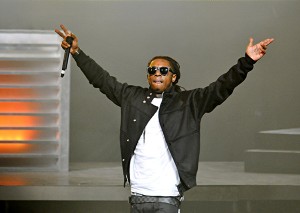 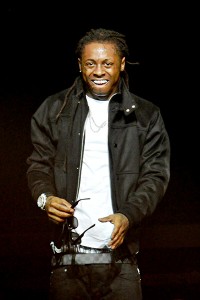 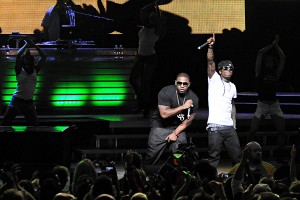 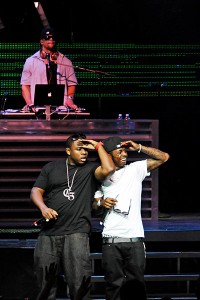