On Wednesday, I shot Creed in Columbus. I had to face my issues with Scott Stapp, who ruined my image of Kid Rock back in 1999 so I decided to shoot the show at Nationwide Arena as the band begins their new tour.

When I arrived, I was a little surprised to see that they were almost giving away tickets outside and there were more people at the minor league baseball team next door.

I was pleasantly surprised by an opening band called Like a Storm. They were very cool with a metal edge look and sound. Their photos ended being some of my best of the evening. Check them out on myspace with their new album “Chemical Infatuation.” 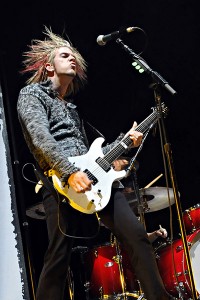 Hoobastank was the second band of the evening and sounded just like I remember from the 90’s. 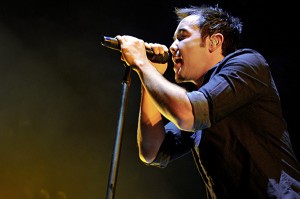 Creed took the stage in a pyro filled show and Scott Stapp sounded exactly the same. The band overall sounded just as I remember from 2000 when Bryan and I saw them on one of our first concert dates. Nationwide was a great venue to shoot at and I look forward to coming back for future shows. 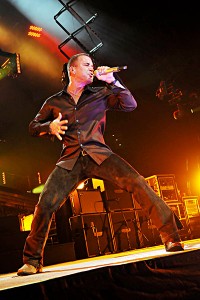 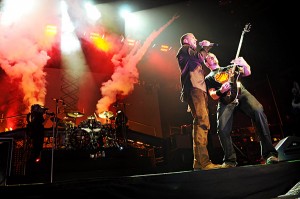 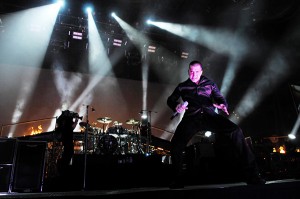