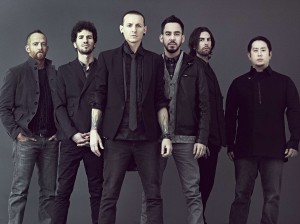 Linkin Park and Incubus are hitting the road this summer with the Honda Civic Tour, a four week 18 city tour of the US and Canada. The tour will be live in Cincinnati on Wednesday at Riverbend Music Center.

Linkin Park’s fifth studio album, LIVING THINGS debuted #1 giving them more #1 albums on Billboard 200 than any other band this century. Since 2000, Linkin Park has had more top 10 singles at Alternative than any other artist.

Celebrating their 20th year together, alt-rock giants Incubus turned a Los Angeles storefront space into a low-key, hi-tech residency that resulted in six nights of free performances and fan encounters in 2011 and is now chronicled on INCUBUS HQ LIVE.  Opening night August 14th was the release date for the first two configurations.

Linkin Park and Incubus will continue the tradition of a “Green” Honda Civic Tour in 2012 supporting Power the World to raise awareness about people who have no access to energy and to fund cleaner energy solutions.

To kickoff the Honda Civic Tour the two bands joined forces for an open press conference with lead vocalists, Chester Bennington, Linkin Park and Brandon Boyd, Incubus to discuss the tour, their support of the green movement, and life on the road as a band for more than a decade. CityBeat was in attendance and has some of the highlights.

Question: What can fans expect from this year’s tour?

Chester: I think the most special thing about this tour is the fact that you have two headlining bands singing together on one bill. The fact that both Incubus and Linkin Park perform full sets with full production is kind of special.

Linkin Park isn’t the band that you go to see with chairs on the floor in the arena. No one wants to come to a Linkin Park show and stand there and look at the band and listen to beautiful music. People want that but they also want to be kicked in the face and they want to run into each other and they want to jump up and down and sing and have a really great, high-energy time. The new record has so much energy that we feel like we could add a bunch of new music to the set and people will be stoked about it.

Question: You guys are committed to green energy on the Honda Civic tour. Can you talk a little about it?

Chester: Yes, it’s more of a purpose-driven green movement in terms of just wanting to be more clean and efficient with our tours so we leave less of a footprint when we’re out there.

Question: As you each grow older and wiser, how do you both stay inspired to produce the style of music on both the record and in concert that your most loyal and long-term fans both love and expect?

Chester: You know? When I’m 70 I don’t know if I’ll be, um, screaming “Victimized” at anybody. Hopefully that will be the case, but I doubt it. That’s one of the things that is so interesting about our business. None of us are guaranteed that anyone can come to one of our shows or care about the last record we put out.  Every record that we go into, I look at like, this is our very first album and this is the best representation of what we are giving something to the people who are going to hear it. It’s basically like when you create a song and people hear it and they connect with it, you’re giving that person a sense of inspiration.

Brandon: I know for me as a lyricist and as a singer, my deepest intention beyond just trying to express myself with a sense of purity is to hopefully achieve a sense of timelessness. You want to touch on subjects that are potentially universal. And that don’t really need to be tied to the 90’s or the 2000s or the 2030s. You want to be able to make music that will essentially transcend time.

I’m not interested in making a kind of music. I think that’s why Incubus records have changed sometimes dramatically over the years. Our newest record, If Not Now, When? is really a good example of that. It’s more different than any of our records than we’ve ever done before. And I personally am really inspired by that. I’m proud of that. I want to make music that continues to evolve and challenge people and surprise people.

Question: Throughout the years both bands have essentially kept their core members. So how do you all stand each other after such a long time, because it’s got to be kind of tough on tour.

Brandon: There’s the understanding that it’s family, and it’s very much a familial thing. That even though there are times when they hurt your feelings or they might get on your nerves, essentially the majority of your experience with them is rooted in love. So as long as we can hold on to that sort of transcendent notion, everything usually is OK. And it’s OK to be angry at your family members sometime, and it’s OK for them to get on your nerves. The best thing to do, I think, is just to remember who you are. And understand the difference between a need to express frustrations and potentially your own ego.

Chester: I think that within Linkin Park we all have similar aspects of our personality that we share with each other. We all are very driven. We all like to work really hard. We all like to do whatever it takes and be involved in every aspect of what we do. But it takes all of us. Together, the band is worth far more than each of us is as an individual. And I think that being in my band is an example of the most functional relationship I’ve ever had in my life.