On Saturday night, I shot my first show at the Columbus Crew Stadium. It was a strong lineup of some of the top country artists around. I was thrilled and a little overwhelmed to be shooting in a venue that holds over 22000 people in a sold out show.

The show started strong with Dierks Bentley singing songs like “Long Trip Alone” & “Come a Little Closer.” I was a little alarmed that there was no barrier or pit between the crowd and the stage. For the first few acts I did not anticipate a problem, but I never underestimate girls as they try to get near their favorite bands. 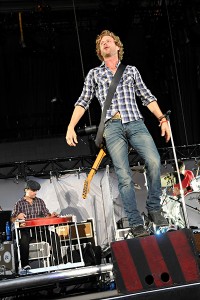 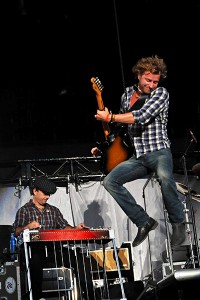 Darius Rucker came on stage next and sang all the hits on his country album as well as some of my old Hootie & the Blowfish favorites. Truly a happy moment for me to hear “Only Wanna Be With You” again live after so many years. I saw Hootie 4 times one summer while in college and it brought back good memories of very fun times. My only disappointment was that Darius sang without his trademark acoustic guitar which was a photograph that I wanted to capture. 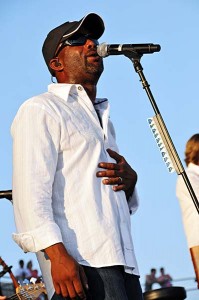 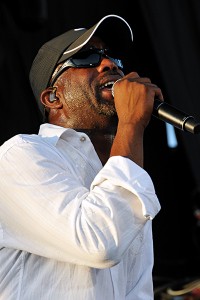 By the time Rascal Flatts took the stage, it was very dark and the stadium was packed. We went down a few minutes before the set and I was frustrated from the moment we arrived near the stage. There was no space for photographers because fans were already right up next to the stage. The stage also extended about 200 ft out into the crowd. The band spent most of one of the first three songs out in the crowd so that limited photo options significantly. Overall, the session was very disappointing and I was only able to get a few photos after trying to push my way through the crowd to the stage. 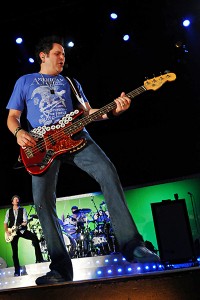 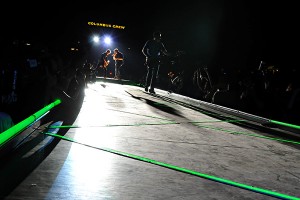