Q&A with Art Alexakis of Everclear 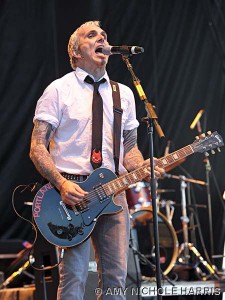 Everclear has joined forces with other acts that may be best describes as ŌĆś90ŌĆÖs Rock and Pop groups for the Summerland Tour 2012 to get rid of the stereotype and prove their music still resonates today. They saw their biggest fame with the release of the album Sparkle and Fade and the chart topper ŌĆ£Santa Monica.ŌĆØ They have continued representing their West Coast roots and have just released their eighth album Invisible Stars and show no signs of stopping any time soon.

Amy spoke with front-man Art Alexakis to preview the show coming up in Cincinnati. They discussed the tour and made Alexakis face a lighthearted game of quick-fire questions leading to some very comical and real responses. Everclear will be performing at the PNC Pavilion at Riverbend on Wednesday night alongside Sugar Ray, The Gin Blossoms, Marcy Playground and Lit when Summerland hits Cincinnati.

Amy: You guys have been out on tour for a few weeks since June. What is the craziest band on the tour?

Art: The craziest band on the tour? Crazy in which way? My band has probably got more time with therapists. Does that count? I donŌĆÖt know. IŌĆÖve got to tell you, every band is crazy in their own way. The Sugar Ray guys are just knuckleheads because they are playing ŌĆś80ŌĆÖs music and 90ŌĆÖs Punk and singing it at the top of their lungs before every show. Lit are the party dogs. The Gin Blossoms are just old school pros and sweet guys and we are just a bunch of knuckleheads. I donŌĆÖt know. It depends on what time and what day you are looking.

Amy: I have been listening to your new album Invisible Stars. My favorite song on the album was ŌĆ£Santa Ana WindŌĆØ and I wanted to see if you could tell me the story behind that song. 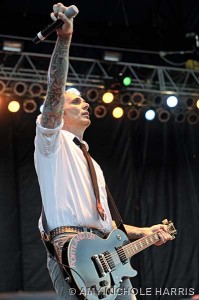 Art: ItŌĆÖs funny because that is one of the co-writes on the record. I had wanted to write a song about moving back to L.A. and I donŌĆÖt force things. If it doesnŌĆÖt come, I donŌĆÖt force it because it always sounds disingenuous when you do. A friend of mine, David Walsh who is in a band with my old bass player, came by my studio just to hang out a little bit. I remember him sitting there and he picks up the guitar and goes, ŌĆ£I got this music that I just canŌĆÖt figure out a melody or words to itŌĆØ and he just started playing it and I just started singing the melody. Within two hours, we had a song. I took it home that night and finished it, finished all the words and got all the nuances and then we went in and recorded it a week later. It is my emotional favorite song on the record, it is definitely my favorite even though I love all the songs. I am really proud of this record but I am glad you like that song. That song means a lot to me. ItŌĆÖs weird because when I turned that song in, no one was talking about it as a single. I was kind of disappointed, but since the record came out, it has been the number one song people write me about on Twitter and with the band and on Facebook. That is the number one song I think, that and ŌĆ£Jackie RobinsonŌĆØ is probably neck and neck. I am glad it resonated with you. I like that a lot.

Amy: You guys have had produced major hits. I grew up with your music and love you guys. When you are writing, do you know when you have a hit?

Art: That is a real good question. I think a lot of people would be hesitant to answer that. I know when a song writes itself. I donŌĆÖt know if you are familiar with my song ŌĆ£IŌĆÖll Buy You a New Life,ŌĆØ but that song basically wrote itself in like two hours and ŌĆ£Santa MonicaŌĆØ kind of wrote itself like that, and ŌĆ£Santa Ana WindsŌĆØ kind of wrote itself like that and ŌĆ£Jackie Robinson.ŌĆØ I had the idea for it in the music but I didnŌĆÖt write the lyrics until later, but when I wrote them they came out in like about an hour. Songwriting is the creative thinking. The craft part is easy for me but the creative parts you canŌĆÖt control it.

Amy: There are definitely political tones on the new album, and I know you can be political at times. We are heading into a big election. Are you planning to do any campaign work or work with any candidates? 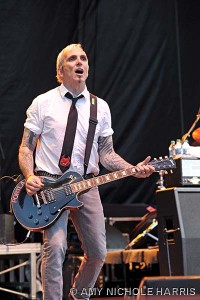 Art: No one has asked me. I am a tried and true Democrat and a huge fan of Barrack Obama, was in 2008 and still am. I think he has done a great job. He is trying to climb a mud hill up hill, straight up hill, and he is doing it. ItŌĆÖs a hard job. I sure as hell wouldnŌĆÖt want that job. IŌĆÖll campaign if people ask. ItŌĆÖs not like I go out of my way. I am political because I believe everybody should be political. It is our role. It is one of our key responsibilities, it is like falling in love or working or eating. Voting is so important. I feel like it is our right and our obligation as an American. I have always felt that.

Amy: You guys are going out with all of these iconic ŌĆś90ŌĆÖs bands and touring. What do you feel is the state of Rock music today?

Art: I donŌĆÖt know. ThatŌĆÖs a big, kind of ten dollar question I donŌĆÖt have the answer to. From my perspective, one of the reasons I wanted to start this tour, the reason I called Mark to get involved and be my partner and do this thing with me was I felt there was a need for this. I was talking to a lot of people who felt very disenfranchised by contemporary Rock and Pop and felt a huge connection with the ŌĆś90ŌĆÖs era more than from a nostalgic point of view. This type of guitar Rock resonates with them and resonates with me as well. I think those are the people that are picking up on our record. We arenŌĆÖt on a major record. We donŌĆÖt have a major promotion. It seems like they are picking up every week which is bizarre because they usually go down at first. It just shows me, especially the way word of mouth on this tour has been, has shown me that my hunches were right. This isnŌĆÖt nostalgia. This is a valid connection with people and music. People still feel excited about it and have a great time, and I think that is what it is all about.

Amy: I just got a new table game and I have ŌĆ£Lightning RoundŌĆØ sort of type of questions for you.

Art: You just what type of game?

Amy: ItŌĆÖs a table game. You pick it up and ask questions. You should get one for the bus. Have you ever ran away from home?

Art: Have I ever ran away from home? Ok. Yes. You should do your homework missy.

Amy: I know. I did. That is why it is kind of funny that I drew that one first. 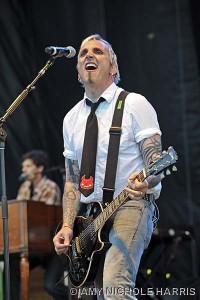 Art: That is why you were laughing when you asked the question, you already knew the answer too.

Amy: Sort of. What habit would you like to break?

Art: I canŌĆÖt say what just came to mind.

Amy: Yes you can. We print anything. ThatŌĆÖs the point of this. DonŌĆÖt think.

Art: The habit I want to break is my aversion to world peace. That didnŌĆÖt work did it. The habit IŌĆÖd like to break is hitting on my drummer. I think it bothers him, makes him feel uncomfortable.

Amy: I thought you were going to say getting married or something along those lines.

Art: I see where you are going. Maybe it is getting married to women half my age.

Amy: That may be a good habit to break.

Art: I see. Just live with the band.

Amy: Have you ever been fired?

Art: Yes. I have been fired, several times.

Amy: What adjectives do you hope describe you at 75?

Art: YouŌĆÖre not that young? YouŌĆÖre older than my wife but you are younger than my ex-wife.

Amy: What is your best excuse when pulled over for speeding?

Art: To be honest with you, I never make an excuse. I always come clean, and I always get off. ŌĆ£I have no excuse officer. I was speeding. I was just excited to go where I want to go. I broke the law. IŌĆÖm sorry. Give me the ticket.ŌĆØ I never get a ticket. The truth is good but being in a multi-platinum band probably helps too.

Amy: IŌĆÖll try it but I donŌĆÖt think it will work as well for me.

Amy: I donŌĆÖt cry. I just try to make up an excuse and that doesnŌĆÖt work either. I am the worst driver.

Art: I believe you.

Amy: What is the most unusual gift you ever received?

Art: My wife now, when we were dating, gave me the gift of a party on my birthday that was like a role playing game, you ever done that?

Amy: I have done murder mysteries. 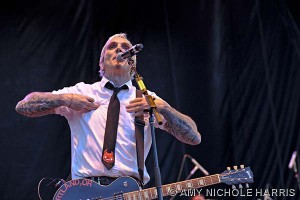 Amy: I love it. Obviously I am playing the table game with you right now. I like games.

Art: I think you are making this up off the top of your head.

Amy: I am not. It is called Table Topics: Questions to Start Great Conversations. Any crazy Cincinnati stories from the past?

Art: Oh yeah, but I am not telling them to you.

Art: I have some really good Cincinnati stories. Just because. I will tell you one. I was in my room and I was at some posh hotel and I was fooling around with some people and I hit the door and metal got in my door and I got that, whatŌĆÖs that calledŌĆ”Staph Infection.

Amy: Well we look forward to seeing you this time. Be safe.