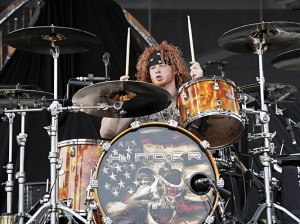 Hinder is one of the standards for popular hard rock in America. They have provided us with monster hits on Rock and Popular Music Charts including “Get Stoned” and number one hit “Lips of an Angel.” They recently released their third album All American Nightmare.

Amy discussed the song selection process with drummer Cody Hanson at Rock on the Range in Columbus. The two also spoke about tour life with the many girls and the pranks along the way. They will be kicking off their All American Nightmare tour in the summer and will be providing us with a new, harder Hinder that audiences will enjoy.

Amy: I actually listened to your new album on the way up here this morning. It was the first time I listened to it the whole way through. I love it.

Amy: I know you wrote like 70 songs for it. How did you decide or narrow it down for what was actually going to make it?

Cody: Well we knew we wanted to have a heavier album overall. So we kind of picked out what was going to be our first single or first single potentials which we knew would be a heavy rock song. And then kind of put everything into place around it. When you take a step back and look at the album as a whole, it just has to make sense and everything has to fit together. So, we just kind of did it like that. Plus we would have little test groups, some friends and family come over, and see what their reaction was to certain songs and kind of whittled it down like that. 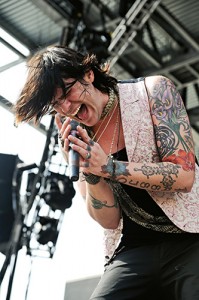 Amy: You guys are kind of known for your songs telling stories.  I guess one of my songs today was “The Life.” I think that was my favorite on the album. Can you tell me a little bit of the story behind that? A lot of these songs are break-up songs like “Red Tail Lights”, you can really hear the stories in the song. I know you guys do that on purpose but it seems really hard to write like that. Can you tell me how you do it?

Cody: Yeah, we like to write from whether it’s personal experiences of ours or just things that we have seen happen to other people. I guess “The Life” is just one of those songs where you have everything you want right in front of you and you don’t always realize it. You always think the grass is greener on the other side. So this kid goes out to LA to go do his thing and realizes, “OK wow, this isn’t what I thought it was going to be. I had everything right at home. Everything I needed or wanted was right there in front of my face the whole time.” I don’t know. I think a lot of people have been through situations like that so we just wanted to touch on the subject.

Amy: So you guys have been together ten years or more. Where do you see the band in ten more years?

Cody: We’ll see. I don’t know if our bodies can handle too much more of this. (Laughing) No. We’re still kickin it. Still going strong.  We’re probably not too far away from starting work on the next record. With the way things are now days, you’ve got to get started and work a couple years toward the next one. Hopefully this record still has a lot of life. But while we’re on the bus, might as well start working.

Amy: So I heard there was a little prank with some strippers in Indianapolis for My Darkest Days. Can you tell me a little bit about that? 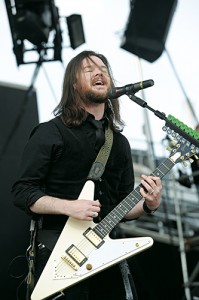 Amy: Did they keep playing?

Cody: Yeah, they kept playing. I was proud of them. They did it. That’s a pretty old prank. We’ve had it done to us before. But it’s always funny.

Amy: Here’s the hardest question of the day. You guys are notoriously known for your groupie comments. I have a quote from four years ago from you that says, “It would seem to the average person that having random girls in your bus every night would get old. However, that’s the one thing that always stays fun and new because every groupie is as new as the geography as you find them in.” So that was four years ago. Hasanything changed since then?

Cody: Well, some things have changed. The fact that they are still on our bus, no that hasn’t changed. It’s a little more tame since most of us are either married now or getting married. But you can’t just hang out on the bus with a bunch of dudes all the time. You have to have chicks to at least look at or talk with.  So they’re still on the bus, it’s just the actions are a little different than they used to be.

Amy: What’s the process to actually pick the girl to go on the bus?

Cody: We actually have a guy that we send out with passes and he sorts through it all and picks the best and brings them back.

Amy: Well we’ve got some good weather so I’m sure there will be a lot of boobs flying for you guys today. Just like a good Rock on the Range day, so I’m sure you will get some enjoyment out of that this afternoon. 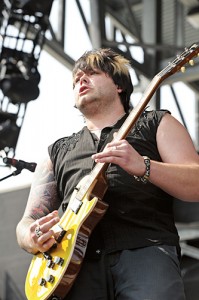 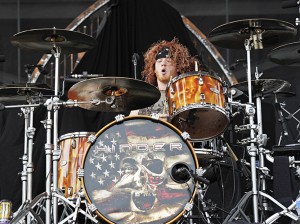 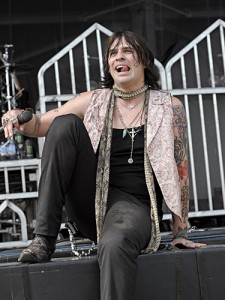 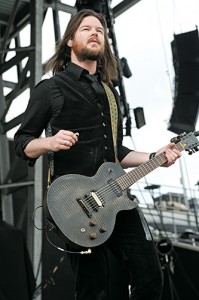