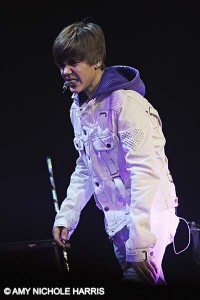 Justin Bieber came to town this week and performed for a sold out crowd at the Wolstein Center at Cleveland State University. I photographed the show for CityBeat and was pretty excited to experience my first JB show live and see what all the hype was about. I had recently seen him on an award show and was pretty blown away by his dance moves and his catchy tunes. People in my office were annoyed all day before the show as I sang, “Baby, Baby” as I worked.

The crowds of screaming fans were clearly there for Mr. Bieber who could barely be heard over the roar of the deafening yells of the girls. During the second song Bieber grabbed his knee in agony and he was clearly hurt, but he seemed to walk it off and continue the whole show. Beieber went on to tweet the following day, “Busted my knee last night in the middle of the show. Not fun. Finished the show with a sweet limp. Knee is swollen today but all good. Spending quality time with (mom).”

Doctors quickly declared the busted knee not a seriuos injury and teen girls across the world breathed a sigh of relief.

I was actually pretty impressed with JB as he was a true professional who finished the show for the adoring fans even though you could tell he was injured. 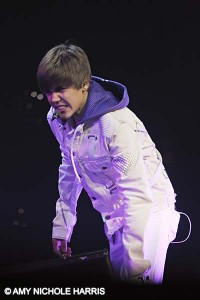 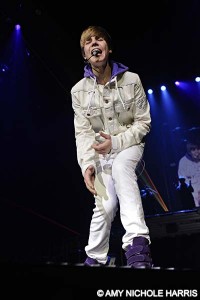 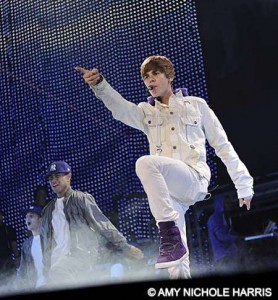 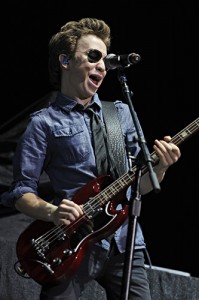 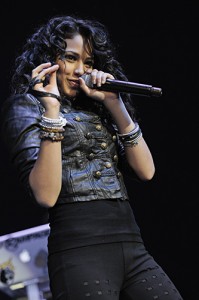 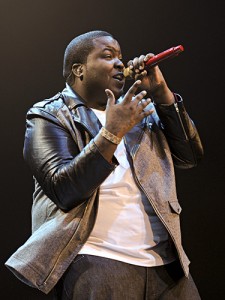